Mana Parents Centre is moving into the 21st Century! 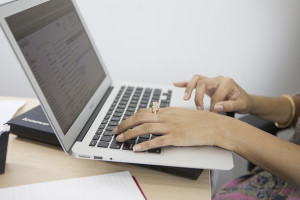 In its current format, the December 2015 issue was the last issue of the MPC Newsletter you will receive in the post! From early 2016, we are going digital!

Ever since MPC was founded back in 1959, communicating with our members has been an important and ever changing role within our committee.

Early newsletters were factual, informative bulletins that appear to have been published using typewriters and carbon paper.

From the early 1970’s, the centre produced an impressive booklet style newsletter every 2 months, containing centre and committee news, articles and information for parents. Early issues were typed and photocopied, with the transition to an early word-processing program made in late 1992.

Through the late 1990’s it appears volunteers had less time, and the newsletter became a much more simple affair, focusing on birth announcements.

“Memoirs of a Sleep-Deprived Mother” and “A Blokes Perspective” made hilarious, albeit scarily true, additions to the informative and entertaining editions of the early 2000’s.

Of recent times, there has been a continued focus on birth announcements, along with more information for parents about local events and offerings, centre news and happenings and courses offered.

We are extremely proud of the history of the MPC Newsletter and the dedication of many past and present committee members that has gotten it printed on such a regular basis.

We are also very excited about the potential to share more relevant information with our members and sharing our successes with you all via our e-Newsletter. Stay tuned to our Facebook page for details and how to ensure you receive your copy every two months.

Rachael is a stay at home Mum to 2 lovely (tho noisy!) boys, born 17 months apart. Previously an IT consultant, she now focuses on her new love of sewing (making lovely homewares, children items and the occasional thing for herself!), attempting to be semi-self sufficient on their lifestyle block, and the occasional foray into web design and photography. Phew! A previous Pregnancy and Childbirth class attendee, her antenatal coffee group is still going strong after 4 years, meeting occasionally and celebrating a lot of the big milestones for their children. 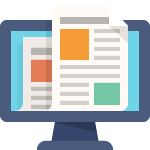